UNITED
FOR ACTION
WHO WE ARE
ESTABLISHED TO UNITE WEST AFRICAN ORGANIC ACTORS.
and provide coordination and leadership to the sector.
LEARN MORECONTACT US

CAPACITY
BUILDING
ONE OF OUR KEY FUNCTIONS
SUPPORT CAPACITY BUILDING FOR KEY PLAYERS.
IN EOA ACCROSS THE REGION!
LEARN MORECONTACT US

The idea of West Africa Organic Network (WAfrONet) was first muted by three representative of West Africa that were attending the launch of East African Organic Products Standard (EAOPS) in July 2007 at Dar es Salaam, Tanzania. This led the 1st West African Organic Conference that took place in 2008 at Abeokuta, Nigeria. The 2nd conference that took place at the University of Ibadan, Ibadan, Nigeria, let to endorsement of WAfrONet as the umbrella organization uniting and representing West African organic stakeholders. WAfrONet shall be operated as a charitable not-for-profit organisation with a mandate limited to the objectives set in this constitution. The WafrONet is an affiliate of the African Organic Network (AfrONet).

Network and unite EOA actors and stakeholders across in the region.

Support capacity building for key players in EOA across the region.

Mobilize resources for its endeavours in promoting EOA on the region

Provide management and administrative consultancy to like-minded programmes and partners.

Undertake any other initiative as may be deemed necessary to address the objectives of WAfrONet. 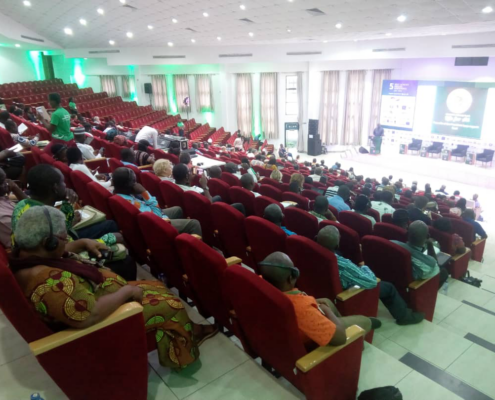